With training camps opening all over the CHL and NCAA news still coming out south of the border there was lots to talk about on this morning's edition of TPS. We spoke with a recent draft pick of the New York Islanders, heard from a quartet of rookie hopefuls for the Edmonton Oil Kings, got a rundown on current events around the NCAA, discussed a really interesting hypothetical inter-league play idea and also spoke with a representative from the USHL in regards to comments heard on our last show. 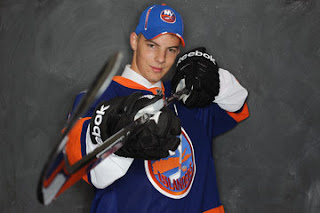 First off was defenceman Scott Mayfield (NYI), a 2nd round pick this past June who is now off to join the Denver Pioneers. The big blueliner talked about his USHL career, the draft day experience, camp with the Islanders, why Denver was the right fit for him and also if the Kitchener Rangers have been on his mind.

The Edmonton Oil Kings opened their rookie camp yesterday in Ft. Saskatchewan and I was on hand to take it in. While I was there I chatted with GM Bob Green about some of the young guys looking to crack the roster. Then I spoke to four players who certainly fit that description in Luke Bertolucci, Cole Benson, Mason Geertsen and Curtis Lazar. 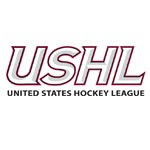 Our second hour began by welcoming Brian Werger back to the show. He's the Communications Director for the USHL and after discussing recent expansion, the US-NTDP, some notable 2012 eligible players we got into the meat of the interview. On Tuesday's show we were asked whether we felt the USHL champion could contend for the CHL's Memorial Cup - we said NO. We suggested that the American Tier 1 junior league was better compared to the CJHL. Well Brian made his argument on why he felt his league was more on par with the QMJHL, OHL and WHL and used some compelling arguments to make his case. We continue wanting to hear the thoughts of our listeners/readers on that.

In segment 5 we brought in Adam Wodon, the managing editor from College Hockey News, to go through the massive amounts of news coming from the NCAA these days. The WCHA/CCHA merger, where Notre Dame and Alabama-Huntsville fit in (if they do at all), more outdoor games, changes to the Pairwise rankings and if an early Top 5 could even be close to reality right now. 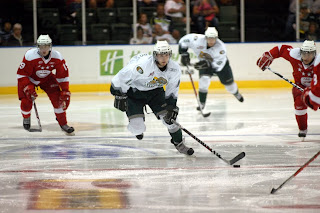 Lastly, Taylor and I tossed around the idea of inter-league play in the CHL. That stems from this article by TPS regular Neate Sager. Our thinking is that it would be tremendous for CHL fans but only feasible in exhibition during either the pre-season (like last year's visit to the WHL by the Soo Greyhounds above) or over the Christmas holidays if the CHL took a week off. One thing we didn't talk about was that CHL clubs probably sell a lot of tickets during the holiday season so suspending the schedule might not go over well but we think there are some positive points to doing so too.

All in all it was a fun show. If you missed any segments or just want to hear it again, CLICK THE ARCHIVE... HERE.

Tuesday is already shaping up to be a great show: CHL President and OHL Commissioner David Branch will join us.