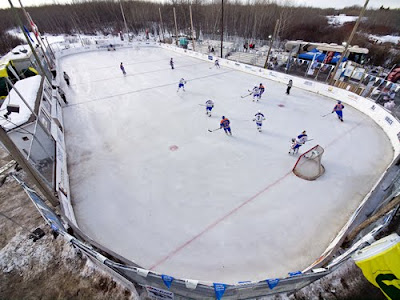 
Aside from talking to the brave players who are skating in -30 and colder temps, we recapped a wild trade flurry in the NHL from a prospect perspective, some coaching suspensions in the NCAA and Rexall Place was full of draft prospects Friday night. 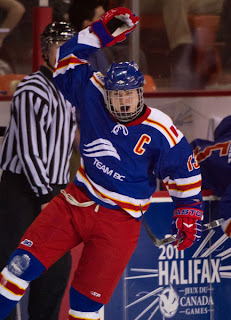 The Canada Games wrap up this weekend and there were some unreal individual outings. From Nathan Mackinnon's 5 point game and constant comparisons to Sidney Crosby to Oil King prospect Curtis Lazar breaking a Crosby record (photo: Canada Games). we chatted with Serge Lajois, the head coach at NAIT who was on the bench for Team Alberta in their bronze medal effort. Lajoie talked about a number of the players on the Alberta team including Eric Comrie, Greg Chase and Oil Kings prospects Mason Geertson and Cole Benson.

The NHL and WHL will hold outdoor games in Calgary this weekend, we chatted with Hitmen voice Brad Curle who helped set the scene for Monday's tilt between his club and the Regina Pats.

Our TPS NHL insider Daren Millard of Rogers Sportsnet joined us and we asked him about Brian Burke's work on Friday and who else might be on the move and more. Plus he comments on the breaking news of Sheldon Souray being placed on re-callable waivers by the Edmonton Oilers. 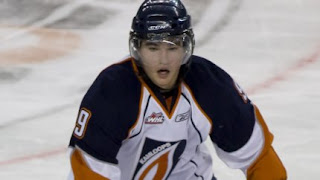 Our 2011 eligible prospect for the day was Colin Smith of the Kamloops Blazers. The Edmonton product considers himself to be a guy not highly touted for the draft because of his size but he could be one of those guys taken late that goes on to put up big numbers in the next couple of years.

If you missed it live, click the archive... RIGHT HERE!
Posted by Dean Millard @ 2:10 PM