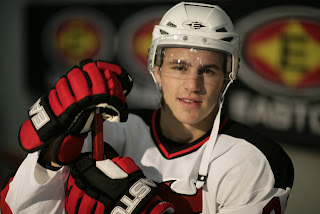 Our first segment saw us chat about whether or not the Oilers should continue their steady climb to respectability by finishing low and drafting high. That's certainly going to happen this year, but what about the summer? Are the Oilers ready to bring in a super star through free agency? If you think they are, then putting in an offer sheet for Zach Parise of the New Jersey Devils is what I think they should do. Parise is 27 years old and excluding this year (he's only played 12 games due to a knee injury) he's scored 30 or more goals in all but his rookie year, reaching 45 and 94 points in 2009. There have been rumblings that Parise might not want to re up with Jersey and there is sure to be a few offer sheets thrown his way. Would the potential that Edmonton has be enough to lure him out west? A long term deal would be needed and while you would be giving up a whack of draft picks, the Oilers would be coming off back to back years of drafting in the top 5. Parise in my opinion would fast track the re-build by at least 2 years.

Also in the opening 20 minutes we chatted about Thomas Vincour playing back in Edmonton, but in an NHL uniform this time, are there a few WHL over aged goaltenders getting some draft attention (see Guy's upcoming top 5 for more) and why NHL GM's seem to be bent on dealing draft picks. 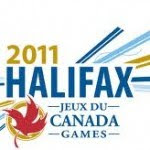 Up next we welcomed Wade Klippenstein to the big show. The Prince George Cougars Assistant G.M. is helping to coach team Yukon at the Canada Winter Games in Halifax. Yukon became the first territory in Canada Games history to beat a province in boys hockey when they knocked off New Foundland earlier this week. Klippenstein told us about a player getting compared to Sidney Crosby because of some off ice stuff. How does his skill level measure up? We'll tell you as well as how many great Defenceman there are on the way including Oil Kings Dman Griffin Reinhart.

Next we took a trip to Milwaukee where Blake Geoffrion is having a banner rookie season in the AHL. Boom Boom's grandson didn't have far to go for his first year, as he played 4 years with the Wisconsin Badgers. Blake talked about the adjustment to being a rookie again as well as how close he might be to getting called up by the Preds.

The second hour brought us 2 segments with our CHL insider Sam Cosentino from Rogers Sportsnet. He'll be on the broadcast Wednesday night when Medicine Hat is in Saskatoon, a must watch for junior hockey fans across the country. Sam covered off my question about St. John being similar to Windsor last year as well as news and notes from all 3 leagues. Guy talked to Cosentino about which goaltender will hear his named called first at the NHL draft and we had our insider chime in on Erik Gudbranson's roller coaster season. 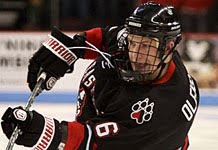 Finally we ended things off with our 2011 draft prospect, Jamie Oleksiak of Northeastern University. He's 6.7 and still growing. The blueliner was born in Toronto but has dual citizenship and chose to suit up for the U.S. in international play. Oleksiak played in a wild Beanpot final last night at the Garden in Boston and told us who he thinks his play resembles.

To here anything from tonight's show, click the archive here.
Posted by Dean Millard @ 10:47 PM

I'm all for tendering an offer to Parise because it would be right on so many levels, not the least of which would be to right the wrong of the 21st century, as far as the Oilers are concerned, when we had him fall into our laps at the 2003 draft, but decided on quantity over quality (Pouliot, Jacques) and let New Jersey steal him.