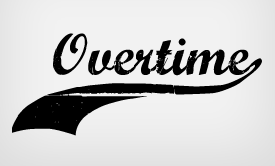 Wednesday night saw Game 4 action in both the QMJHL and the WHL and in each league, regulation time wouldn't be enough to solve anything. And I don't think anyone in attendance minded a bit. Fans were treated to exciting hockey in Gatineau and Kootenay as both contests went into overtime.


The Gatineau Olympiques needed to win at home to even their series against the top seeded Saint John Sea Dogs. Philip-Michael Devos scored twice including the first goal of the game for Gatineau who ended regulation time with 25 shots.

However, Saint John got goals from four 2011 NHL draft eligible players including the eventual double overtime winner off the stick of Ryan Tesink. Also scoring for the Sea Dogs were Jonathan Huberdeau, Zack Phillips and Nathan Beaulieu. Stanislav Galiev (WSH) had a big night as well as he was in on all four Saint John goals.

The scene shifts to New Brunswick on Friday night where a sold out Harbour Station awaits the home team who can wrap up the series with a win.

The WHL game was no less exciting. Kootenay was hosting Game 4 and a win would give them a 3-1 series lead and it looked good for the home side early on. Jesse Ismond scored twice on the night, his first coming just 19 seconds into the game. Cody Eakin (WSH) added to the lead and the Ice had Portland on the ropes just 8 minutes into the contest.

Portland battled back with two goals in the middle period, the first from Ryan Johansen (CLB) and the tying goal and weird one from Troy Rutkowski (COL). The Edmonton product dumped a shot in from center which went off the stick shaft of Kootenay's Joey Leach and eluded netminder Nathan Lieuwen. The fluke goal tied the game but only for four minutes before Ismond's second of the game gave Kootenay another lead.

Kootenay got another strike from Eakin at 12:30 of the third and looked to pretty much salt the game away. The 'Hawks weren't ready to quit though as Johansen got his second of the game and then with the net empty, Ty Rattie pounced on a loose puck and sniped it in to send the game to overtime.

The extra frame was an exciting back and forth spectacle that saw opportunities at each end. Kootenay had a pair of power play chances and capitalized on the last one with Sven Batschi in the box for roughing. Defenceman Ty Wotherspoon had a chance to hammer the puck down the ice but instead tried to feed it up the boards to a teammate. It was picked off just outside the blueline and the Ice came in 3 on 2 and Matt Fraser finished off the play to give the Ice the win.

Game 5 goes in Portland on Friday night and the Winterhawks will need to win 3 straight or the WHL title will go to Kootenay. The 'Hawks will get Brad Ross back after his 2-game suspension and they'll be playing in front of a sold out Rose Garden so it will be an electric atmosphere.

The OHL was off tonight - Mississauga leads Owen Sound 3-2, both teams will be at the Memorial Cup.
Posted by Guy Flaming @ 10:09 PM