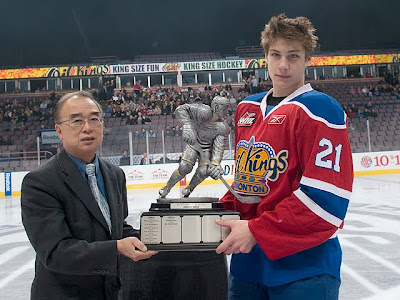 Continuing his guest blogging series with us today is Travis Ewanyk, forward of the Edmonton Oil Kings. The product of St.Albert, AB wrote the first entry to the blog back in October and followed that up with Part 2 in December. Since then the Oil Kings have improved their team play and climbed the standings to 6th place in the WHL's Eastern Conference.


Hey its been a while since my last blog, and its safe to say its been a roller coaster and whirlwind couple of months since I last checked in before Christmas.

Getting right back at it after the Christmas break my team went through a daunting trip down into the states, and a series of important matches against teams we are battling with to get into the playoffs. In all we have played 30 games since then in just double that amount of days. Safe to say its been a grind, but our team has played some solid hockey, and we have given ourselves a great shot at making the playoffs for the second time in modern franchise history, something I would love to be part of. After all, nothing is better in this world than playoff hockey! 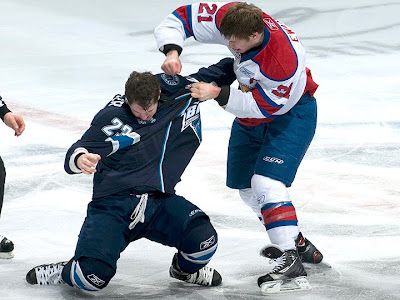 Before I continue with the rest of my blog, I’ll give you a quick roster update. We acquired Mark Reners shortly before our trip to the states. He moved in with myself at my billet's and he’s a great guy and has made quite the impact in his short time with us. He’s picked up 7 goals and 10 points in just 16 games. This should be no surprise however as I remember way back in my first year of bantam he put in 5 against us in the last game of the year to secure the scoring title, and take it away from another WHL player, Burke Gallimore, who we faced on our trip to Seattle.

At the beginning of February our team took the long trip down south into much warmer weather, and into some uncharted territory. We started off great in Seattle, but after that faced some stiff competition and even with outplaying the other teams at times, we failed to pick up a win against Tri-City, Portland and Everett. Minus the losses, the experience was one I won’t forget. The atmosphere in those rinks is incredible, from great crowds, to chants and a hostile environment for the visiting team, it was just what junior hockey should be like on the road. 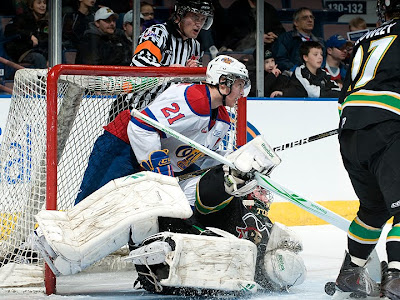 Lately we have been in a tight battle for the playoffs and find ourselves in sixth place. We have won some key games lately against teams around us, and I know if we continue playing as a team the way we can, we will find ourselves playing well into March.

I’m looking forward to the end of the stretch drive, and if all works out, some playoff hockey! Until next time, take care, and try to stay warm if you’re living in this arctic-like climate right now..

Travis Ewanyk currently has 12 goals and 22 points through 65 games with the Oil Kings this year. He's also racked up 122 PIMs along the way. He was chosen early in the 3rd round (48th overall) in the 2008 WHL Bantam Draft by the Edmonton Oil Kings and he dressed in 42 games last season compiling 5 points and 45 PIM. Ewanyk is listed at 6'.05 and 178lbs and was ranked 70th in North America by NHL Central Scouting in their mid-term rankings of the eligible players for the 2011 NHL Draft.
Posted by Guy Flaming @ 1:27 AM