The news is good for Medicine Hat and the WHL but may sting a bit for the University of North Dakota where Koules indicated he would play had he opted for the collegiate route. According to Brad Elliot Schlossman, Koules is the third such player that UND has lost to the CHL in the past 10 months.


Immediate reaction for Koules after he publicized his decision seemed supportive from his US-NTDP teammates while there was also a UND fan or two that were dismayed that he won't be joining the program in Grand Forks.

"Miles Koules de-committing from UND to go play with Medicine Hat. When will this shit end?! UGHHHHHH" tweeted one North Dakota fan and she wasn't alone. 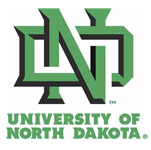 "It's just disappointing the magnitude this is happening. & after what UND did this year, how can he turn away from the greatness?" said another.

Sadly, there were also those who took the player's personal decision as some kind of invitation to show their own level of class.

"[Koules], your a f----t dude. Get bent," tweeted one "fan" who chose to ignore grammar altogether before adding "Canadian hockey is almost as overrated as Minnesota hockey."

It's that time of year when we could see a dozen or so players turn from their NCAA option toward the CHL. It happens every year and every year, the kids get vilified for it. I can understand their being a level of frustration in the case of 1st round NHL pick J.T. Miller (NYR) last year who chose Plymouth over North Dakota in the middle of the summer leaving the Fighting Sioux very little time to adjust their plan but that's not the case here at all.

Koules, who saw his WHL rights traded in January from the Everett Silvertips to Medicine Hat, is currently ranked 201st among North American players by NHL Central Scouting. He appeared in 28 USHL games with the U18 program and recorded 15 points. There is no guarantee that Koules even gets selected by a NHL club in June.

Head coach Dave Hakstol has four months to replace Koules, a player who would likely have been a player well down the depth chart of a UND team returning the vast majority of its 2011-12 roster next year.  With the number of players who would love to play and train at Ralph Englestad Arena, I don't imagine it will take long to get a new recruit.

I also strongly believe that NCAA people need to come to the realization that a player's commitment, written or verbal, is obviously nothing more than a promise that IF said player does decide that he'll play collegiate hockey, he's chosen which school it will be for but not that he's ruled Major Junior out.

As we've said repeatedly over the last few summers, it's the NCAA's restrictions on accepting major junior players that is the biggest problem programs like North Dakota have to deal with. If Hakstol had the ability to talk to a 18 or 19-year-old playing in Brandon or Prince Albert to fill the vacancy created today by Koules, then there wouldn't be a problem. But he can't and it's not because of any rule created by the CHL.

We say it every year but I again feel the need to stress the point again now: The Pipeline Show is neither pro CHL nor pro NCAA; we are pro-player and the individual's right to choose what it best for him. We believe that either path can lead to pro hockey and maybe the NHL but that neither choice is right for every player. Some guys should definitely not attempt to play NCAA hockey while there are guys in the CHL who probably should have gone the other way.

I feel bad for Hakstol and the coaches at other programs who face the same problem year after year but I have a hard time blaming the kid.

US-NTDP defenceman Seth Jones, the top recruit still on the market, recently visited North Dakota. Jones tweeted earlier today that he'll be in Portland Oregon this weekend to check out the WHL finals between the Winterhawks and the Edmonton Oil Kings. Portland recently acquired negotiating rights with Jones from the Everett Silvertips who originally drafted him back in the 1st round of the 2009 Bantam Draft.