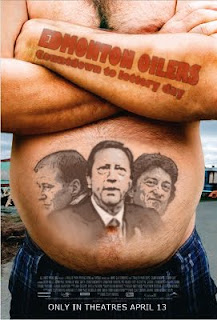 After a year of disappointment and suffering, Oilers fans finally got something to cheer about yesterday as the NHL lottery played out with Edmonton receiving the #1 overall pick at the June Entry Draft. As you would expect from The Pipeline Show, we were all over it as we expanded to 3 hours last night on the TEAM 1260.

We began the show by opening up the phone lines and keeping a running tally of who the listeners wanted Edmonton to announce on June 25th assuming the lottery went the way of the Oilers. Personally I was a little surprised at the outcome although I have to admit I don;t argue with it.

By the end of the night, our callers voted 2:1 in favor of drafting Tyler Seguin over Taylor Hall with the #1 pick. You can hear the reasoning behind each call by hitting our show's archive which can be found here. 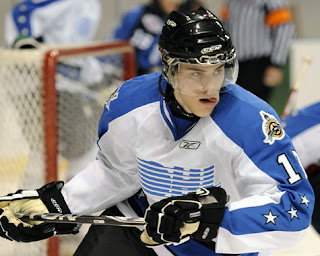 We had lined up GM Steve Tambellini and also put out invites to both Seguin and Hall knowing full well that they had a ton of media commitments and may not be able to join us live. We were very pleased when Seguin emphatically accepted our invite to make his second appearance on The Pipeline Show and fortunately we got to chat shortly after it was determined that Edmonton would hit the podium first. (Photo: Aaron Bell/OHL Images)

To hear what Seguin had to say about possibly becoming an Oiler, about his lack of playoff production, whether or not he was playing hurt, if he feels his offence is underrated and what he thinks of Taylor Hall's strengths... CLICK HERE.

Shortly after we spoke with Seguin we were joined by E.J. McGuire, the director for Central Scouting. We touched briefly on Seguin/Hall but quickly moved on to some other players who haven't been in the spotlight nearly as much as that duo. Owen Sounds' Joey Hishon vs Jordan Weal of the Regina Pats and Jeff Skinner from Kitchener - three smaller guys who could be available in the 30-45 range. E.J. also talked about Kirill Kababnov's situation and how Central Scouting factored that into it's final rankings. 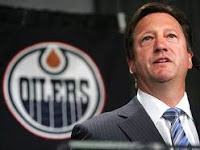 We immediately moved from that conversation into a discussion with Edmonton GM Steve Tambellini. The normally tight lipped executive wasn't tipping his hand last night either but he did comment on whether drafting by position might come into play this year because either top rated guy could step in next season. Tambellini was also asked about Seguin's lack of production in the playoffs, Hall's tendency to get hit with his head down and whether he, as an individual, has decided who he'll vote for in their meetings. Lastly, will the Oilers be looking to package roster players like Sheldon Souray and others in order to move up and acquire another 1st round pick. Listen to everything Steve Tambellini and E.J. McGuire had to say by clicking HERE. 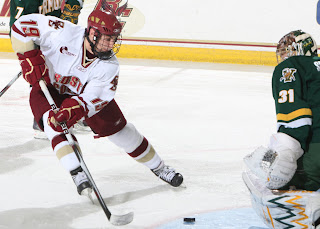 The regular edition of The Pipeline Show ensued then as we went out to Beantown and spoke with Chris Kreider, a freshman with the Boston College Eagles. The New York Rangers 1st rounder last year has won everything possible this season - the U20 WJC gold medal in Saskatoon, the Beanpot tournament, the Hockey East Championship and last weekend the Frozen Four to become NCAA National Champs. Not to mention that he also played at Fenway Park, a thrill for the Boston native. Listen to that interview with Chris Kreider HERE. (Photo: unknown)

The third and final hour of the program consisted of a QMJHL update with Nathan White followed by a WHL update with A.J. Jakubec. We rounded out this week's show by previewing the Alberta Cup which features 8 teams of 1995 born players, all eligible for the 2010 WHL Bantam Draft.

After our program I had the chance to guest on "The D.A. Show" on Boston's 98.5 The Sports Hub. Of course we talked about the lottery results and it was fun to tackle it from their perspective. My thanks to the guys in Boston who really got a kick out of the fact that on our show we had just spoken with a Boston College Eagle and talked Frozen Four hockey... I believe you can hear that segment here (a couple of minutes in):


I sure found it interesting that the idea of Boston and Edmonton flipping picks was something they had already been discussing and that, at least the hosts of that one show, are certain of who Boston would take 1st overall. Not that I disagree in the least but it's interesting to hear their thoughts on it all and how they aren't that different that how most Oiler fans see things as well.
Posted by Guy Flaming @ 1:30 AM