WJC Will Have Edmonton Flavour

Now that the rosters or camp lists for several of the international WJC teams have been released we can see that Edmonton will be well represented in Ottawa.

Canada's 38-name camp includes Oiler prospects Riley Nash (1st round, 2007) and Jordan Eberle (1st round, 2008). Eberle leads the Regina Pats in scoring with 20 goals and 39 points in 31 games while Nash's season is only 8 games he has managed 5 points. Both have realistic chances to make the squad considering Eberle's previous successes with Hockey Canada and his past chemistry with players like Cody Hodgson and Matt Duchene. Nash had a solid summer camp once he was moved from the wing to his more familiar centerman role and could make for a strong 2-way pivot. 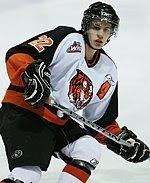 Beyond those two players are a couple of WHL stars that originate from around here in Tyler Ennis (BUF 1st round, 2008) and defenceman Jared Spurgeon (NYI 6th round, 2008). Ennis is the top scorer with the Medicine Hat Tigers and despite his tiny frame, doesn't have any trouble producing at the junior level. Spurgeon, the younger brother of Oilers prospect Tyler Spurgeon, is a small two-way defenceman who might be considered a longshot to make this year's Canadian entry.

The U.S. team has no direct ties to Edmonton although one name on the roster might ring a bell with local fans. Danny Kristo (MTL 2nd round, 2008) was a standout for the Americans at the recent 2008 World Junior A Challenge held in Camrose in early November. He was to the U.S. squad in that tournament what Ales Hemsky is to the Oilers - the playmaker who will do laps in the offensive zone, sifting through defenders with the puck on a string until he can either make a dazzling assist or snipe a goal himself. He's young and might not get much playing time in 2009 but he'll be one to watch for all the same.

Although the Oilers were expecting to see their eligible Swedish prospect Johan Motin at the WJC, he didn't make the final roster. However, Slovakia has included Milan Kytnar (5th round, 2007) on their camp roster which will be held in Ottawa in mid December. Kytnar (pictured left) was red-hot to start the year, cooled down significantly for a stretch but currently has 24 points in 30 games with the Saskatoon Blades in the WHL. He managed only 22 points in Kelowna last year in 62 games. 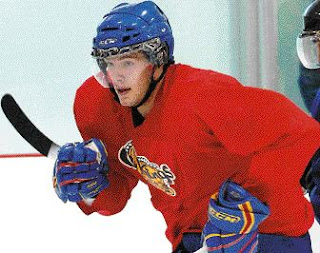 Even the Czech Republic will have a familiar name to Edmonton hockey fans as Tomas Vincour has been invited to the week-long camp that country is having in Brampton, Ontario later this month. Vincour started the year slowly but the 2009 eligible winger has been a force for the Oil Kings over the last month or so and should be a lock to make the Czech squad. Vincour will join Dean Millard and myself on this coming Tuesday's edition of The Pipeline Show to talk about the opportunnity to play for his homeland at the WJC.

Lastly, I haven't yet seen an official list released from Finland but all indications I've gotten on the subject suggest that Oilers prospect Teemu Hartikainen (6th round, 2008) will be in Ottawa as well. The power forward has been playing in the top Finnish men's league all season and has managed to collect 5 goals and 6 points in 26 games for KalPa Kuopio. An Oiler source suggested to TPS after the draft that Hartikainen was a Tomas Holmstrom type of player; a big body who likes to battle in front of the net, get tip in goals are collected rebounds. Going by the photo below taken in August at Lake Placid, I'd say the desciption seems to fit. 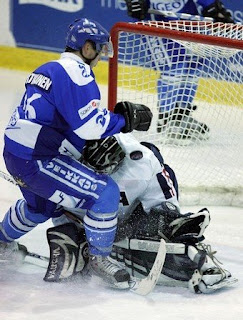 Compared to some years when the tournament has been void of either Oiler prospects or players from this area, the 2009 event should be much more interesting for fans to watch. The addition of the Edmonton Oil Kings will only add to that from now on and perhaps there will be some benefit to tickets sales post-WJC for the local WHL club too. Once Tomas Vincour gets on the world stage, it will be interesting to see if local fans take more interest in the second year franchise realizing exactly what has been available to them for the past 18 months.

It's the second year in a row that the Oil Kings will be represented after forward Robin Figren (NYI) turned heads in Prague last year.

Plus one can only speculate but perhaps an 2009 draft eligible player in the tournament will hear his name called out be the Oilers this June in Montreal.