One To Watch: Winnipeg Jets

-
Truth be told, there are more than a few Jets prospects that I'll be keying in on this season so it was a bit hard to narrow it down to just one guy for this series.

I like Paul Postma and am still a believer that he'll contribute at the NHL level, maybe this coming season. I would suggest that Spencer Machacek is in the same boat and a quick glance at the Jets website may indicates the way the organization might feels.

At the junior level, Adam Lowry should be poised for a significant year in Swift Current after missing a bunch of time last season due to injury. I'll be looking to see if former Atlanta Thrashers 1st round selection Daultan Leveille sinks or swims as a pro now that he's done at Michigan State.

But I said I would pick one prospect from each franchise and so that's what I've done. It's should come as no real surprise who I settled on for the Jets considering how much his name has been in the news lately, including a lot of time on TPS.

My interest in Trouba went up after he made his first appearance on TPS last September. At that point in the year the hype was still just starting to build around the big blueliner with the US National Team Development Program.

The first live viewings I had of Trouba came in Camrose during the American WJC team's pre-tournament camp last December. Although he was one of the youngest guys at the camp, for me he stood out. I watched the exhibition game between USA and Switzerland and watched him jump into the attack but also play solid defensively. And of course there was the physical play which he has become well known for.

What sold me on Trouba was his performance during the 2012 WJC in Alberta. Let's be honest, it was a massively disappointing tournament for USA as they finished the event in 7th place. Not to make excuses but injuries to Seth Jones in camp, Nick Bjugstad two weeks earlier and to Derek Forbort during the event were big blows to the underachieving Americans.

One of the few bright spots in an otherwise forgettable showing for USA was the play of Trouba. In my opinion, Jon Merrill was the best American blueliner during the round robin games in Edmonton but Trouba wasn't far behind him. 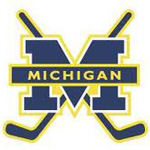 This coming year Trouba will wear the Maize and Blue of the University of Michigan where he will be teammates once again with Merrill. At this point I would be stunned if he spent more than two years at the collegiate level before he's lacing them up for the Jets but I am very intrigued by how he will perform in 2012-13.

Will the off ice sideshow of the Kitchener Rangers vs Michigan Daily lawsuit become a distraction?

As one of just three returning players, he's a lock for the 2013 WJC in Russia  where he'll be under the microscope once again to be compared to the rest of his peers. Will we see a player that has taken a significant step in his development from the 2012 tournament?

I said before the draft that he was in my own personal top 10 (and closer to 5 than 10) so I wasn't at all surprised that Winnipeg came away with him in June. But there is pressure to perform when a player is chosen that high - will that be an issue for Trouba?

My own personal expectations is that Trouba is going to have a big year. A strong freshman season with the Wolverines, a dominating performance at the WJC and by the end of next March people will be wondering if he'll be turning pro.