One To Watch: Detroit Red Wings

-
I really wanted to go with Brendan Smith here but with 14 games in the NHL last year and the door wide open for him with the retirement of Nicklas Lidstrom and departure of Brad Stuart, it seemed too easy. In my opinion, the former Wisconsin defenceman should be a full time NHLer in 2012-13.

I could have gone with one of a pair of forwards in Tomas Tatar or Landon Ferraro. I considered Czech netminder Peter Mrazek who made a name for himself in Edmonton during the 2012 WJC. But I didn't.

Instead I went with a player drafted a couple of years ago who was considered a guy who had just begun to scratch the surface of his true potential. He wasn't a first round selection but there were some who believed that had the season been a month longer, this player may very well have heard his name on day one of the NHL draft. 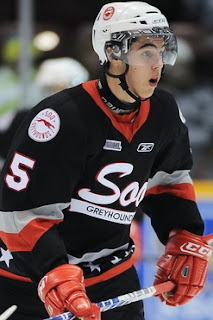 The blueliner from Mississauga notched 33 points in his first year in the OHL but scouts took notice that 24 of those points came in the second half of the 2010-11 campaign. His play dramatically improved over the course of the season and that led to more ice time, more opportunities and more production. By the end of the year Sproul was considered by some as the sleeper pick in the Class of 2011.

Detroit selected Sproul with their third pick of the event, all coming in the second round, and haven't looked back. The organization has signed the Greyhounds defender to an entry level contract after his second OHL campaign, a year where he increased his stats to an impressive 23 goals and 54 points in just 61 games. 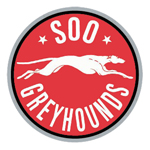 Although he's not a part of Hockey Canada's U20 team this summer that is playing a 4-game set against the Russians, I won't be surprised if he's on the radar for the December camp. Should current members of the WJC squad like Dougie Hamilton (BOS) or Ryan Murray (CLB) stick in the NHL or there are injury replacements needed to be called in, Sproul may very well be on the short list - especially if he gets off to a strong start this year.

Brock Otten, who watches and writes exclusively about the OHL, had extremely positive things to say about Sproul in a recent write up.

"An amazing season by Sproul, who just oozes potential. His 23 goals this year are no fluke. His shot is absolutely massive, but it's also accurate, which is what makes it deadly. He also chose better spots to unload it this year and looked just as comfortable setting up plays with a hard pass from the point on the powerplay as he did unleashing his shot... His poise with the puck and picking spots to rush also improved. He looked very confident in joining the rush, often leading it. At his size and with his skating ability, he's pretty hard to stop if you don't get to him by center ice. 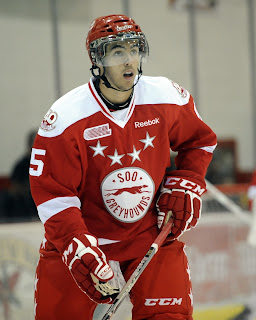 Defensively, he looked much more comfortable, especially in zone coverage. He still needs work in this area, but it definitely improved... Moving forward to next year, I look for his assist totals to jump even more and for him to be among the defensive leaders in scoring. Defensively, hopefully he continues to gain confidence and learns to use his size effectively as a stopper. He can be physical, but hopefully he becomes a little more consistent in this area next season. That would add another dimension to his game."

It was a tough finish to the year for the Greyhounds who missed the playoffs once again meaning Sproul has yet to see the OHL post season in his career. That could change in this coming year and if so, you can bet that the 6'4 rearguard will be a big reason why.