Hunting In Our Nations Capital 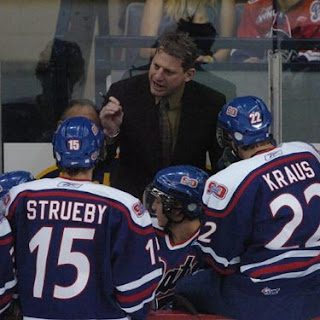 The Pipeline Show has learned that Curtis Hunt is expected to be named to the Ottawa Senators Coaching staff on Thursday.

While he's never advanced past the 2nd round of the playoffs, the former Prince Albert Raider player, is recognized as one of the top coaches in the CHL, and has spent time behind the bench for Team Canada's World Junior Championship teams, which is where the connection to new Senators head coach Craig Hartsburg comes from.

Hunt ran the defence with Canada, and Hartsburg is obviously looking for same chemistry they had with Hockey Canada.
Posted by Dean Millard @ 10:40 PM