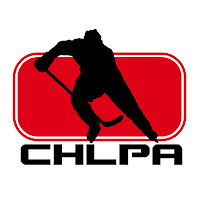 
Below is a copy of the CHLPA's letter to the 20 OHL teams and the Presidents of the CHL and Hockey Canada.

We are legal counsel to the Canadian Hockey League Players’ Association (CHLPA) and its
members in Ontario — which include both former and current players of the Ontario Hockey
League (OHL). We are writing concerning the serious and ongoing violations by the OHL and
all its member teams (Teams) of the minimum employment legislative standards. More
specifically, there has been, and continues to be, flagrant breaches of the Employment Standards Act (Ontario), the Canada Pension Plan and the Employment Insurance Act. For instance, without limiting the generality of the foregoing, a failure to:

These violations are widespread across the Canadian Hockey League and further evident both
the leagues and teams blatant disregard for the bare minimum working standards that have been
set for employees.

We hereby demand the OHL and Teams to forthwith comply with the legislative working
conditions in Ontario. In the event that these ongoing violations are not immediately rectified,
please be advised that we intend to commence legal proceedings. Furthermore, we will take the
necessary legal action should the OHL or any Team take any reprisal action, directly or
indirectly, against any player(s) for exercising their legislative rights and remedies, which are
also protected under the various employment statutes.

Saying that, and without prejudice to the aforementioned, should you wish to resolve this matter
please contact us immediately. Otherwise, as mentioned above, we have been instructed to
redress these matters with legal intervention and will be doing so quite expeditiously.

A copy of this letter is also being sent to the Canadian Hockey League and Hockey Canada.

Last night I was able to speak with Montréal based CHLPA spokesperson Derek Clarke about the letter. I asked why the proposed union decided to take this step.

I asked Clarke to confirm that when he says 'players' he means current players and not guys who have already been through the league like frequently quoted Alberta Golden Bear rookie Brennan Yadlowski. Yadlowski, a veteran of 5 years in the WHL is now attending the University of Alberta courtesy of the league's scholastic package. He's offered his thoughts and discussed his involvement with the CHLPA to both the Everett Herald and to the Edmonton Journal.

"Which is current players," Clarke confirmed.

The membership of the board has been a contentious issue. Knowing the identities of the CHLPA's board has been a condition from David Branch in regard to even getting a meeting set up between the CHL and the proposed union. It seems reasonable that the CHL President would want to know who was calling the shots behind Georges Laraques, the public face for the CHLPA.

Some would debate that and so I have requested the names of the people on the board who are not active players. I have not yet received that from the CHLPA but former OHL player Mike Mazzuca, the writer of the letter above, is clearly a central figure. We're asked to believe that the CHLPA's structure includes a number of lawyers and that all people involved, including Georges Laraque, are working without compensation. Sounds great but it's not something many are going to buy.

Getting back to the letter to the OHL, I asked Clarke to explain how the CHLPA had arrived at the decision to go in that direction.

In this case, the CHLPA held an internal conference call to discuss the letter.

"This is a motion that was previously recommended in early September and the executive board decided to wait and hold off," said Clarke, "Then after the last refusal from the OHL and the CHL and failure even to recognize or even having a meeting after contacting the CHL, they [the executive board] said ‘OK, they’re not taking it very seriously’ so they decided to ratchet it up a little bit."

I asked if there was a player representing all 60 CHL clubs that took part in the conference call.

According to Clarke, this was a move that the CHLPA was reluctant to make but feel is now needed if nothing more than to show the CHL and Hockey Canada that they are serious.

"This was the last thing that they wanted to do," Clarke said, "Don’t forget, we have a lot of older guys that are leaders on the teams and they see, they’re not stupid, they’re not 16-year-olds. They realize now that there are issues here with some of the stuff that’s being done."

"Stuff" is an extremely vague term but the recent story centering on the Calgary Hitmen comes to mind. Beat writer Kristen Odland reported that the CHLPA had filed an unfair labour practice claim against GM Kelly Kisio and head coach Mike Williamson "for intimidation of their players".

The Pipeline Show was told that a small group of Hitmen players had met to discuss CHLPA issues but were interrupted by Williamson. The next night, some of those players allegedly didn't play against the Prince Albert Raiders and that led to the complaint from the CHLPA.

Furthermore, we were told that Kisio's part in this was a passionate lecture on what involvement in a union could lead to down the road for the players including "going back to wooden sticks".

By cross referencing Calgary's roster to the October 5th game sheet on the WHL's website we were able to see that, for example, goaltender Chris Driedger (OTT) did not play. It was the first game of the season that he did not start so one could argue that it was just time to give Mack Shields some action. Driedger was one of three players that we asked to comment on the Calgary Herald story.

I asked Clarke if any other reports from Calgary had come to the CHLPA in the last couple of weeks since Odland first broke her story.

"No, it’s been quiet," he stated, "It did one thing though, it stopped the Hitmen; Kisio, from talking to the team about union stuff and there hasn’t been any talk from the ownership or the coaches in regards to it so that’s been one good thing."

"[Kisio’s] also refused comment any time and refers it back to the league which is somewhat surprising," Clarke continued, "If you get caught with your hand in the cookie jar maybe you should just admit it and we can move on instead of it lingering there right? It’s like the Windsor thing; you got caught and then it’s a 3-month story instead of a 24-hour event thing. That’s fine. He’s a grown man and he can defer that to the league if he wants to and then the league commissioner can go on record and say ‘I don’t believe our league would do any of that stuff or our coaches’ well, tough luck it’s already been done."

Another example that the CHLPA would point to as evidence that public involvement with the union would have negative ramifications on a player came this past August.

"We don’t want to have another, I don’t want to say catastrophe but we had a player in Sarnia that two days after this was leaked in August, went on the record on TV," said Clarke, "[He] played 4 years for Sarnia, two years as captain, a team leader. As soon as he goes on TV announcing that he’s for the CHLPA, where is he two days later? Traded. Owen Sound. I don’t know too many teams that trade a 2-year captain, a 20 year old with 4 years experience in pre-season, two days into training camp. Usually there is some loyalty there."

The player in question is Nathan Chiarlitti who can be seen here along with Connor Murphy (PHX) talking favorably about the CHLPA at the end of August. The veteran defenceman is now with the Owen Sound Attack which brings forth a valid counter argument.

Was the trade really motivated by the player's pro CHLPA comments or for hockey reasons? After all, this is an overage player that brought Sarnia, a borderline playoff team this year, a 2nd round pick. He goes to Owen Sound, a contending team who was adding a solid character player to their roster this year. Could this not have been a trade made purely for hockey reasons or is it too much of a coincidence? Cue the conspiracy theory.

"There is that argument for sure," Clarke admitted, "Loyalty and business; they are two different things and I think that if that argument is made and it is a business, then the players should be treated as a business also."

And by that he means that they should be paid as per the letter sent yesterday throughout the OHL.

But does the CHLPA really want the players to start drawing an actual salary?

The answer is no; there is a bigger issue at stake here and I'll get into that in my next write up.

In the meantime, I'm told that the CHLPA will be issuing similar letters to teams in the QMJHL later today and that the WHL and franchises based in the United States will receive their's early next week.

Coming Next: I'll examine the CHLPA's potential involvement with the NCAA, the proposed union's actual endgame, their reaction to the Alberta Labour Board results and some ideas they have "on how the league could grow".

Having had a player in the OHL the past year i have not heard of anyone wanting or starting the Union but as a parent I believe it's long overdue. There would definately be some fear of starting this by a current player. Hockey Canada does nothing when you contact them and most board members shove things under the rug.

Also on Huffington Post:
The Gloves Are Off... CHLPA Serves Notice On The CHL And Hockey Canada