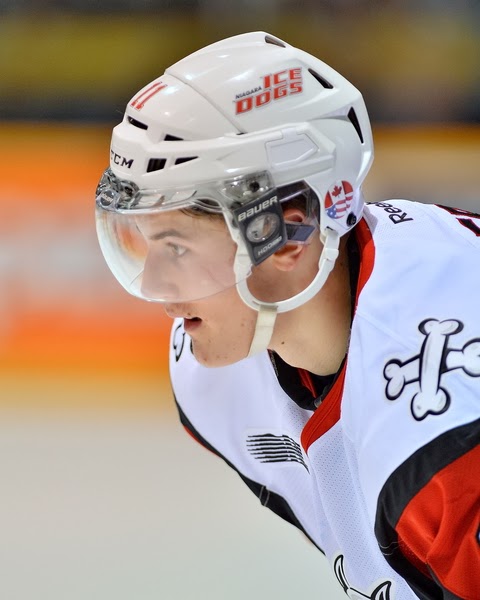 One of the draft eligible players that seems to have some growing buzz around him these days is Niagara IceDogs forward Brendan Perlini.

We first spoke with Perlini on the October 29th edition of TPS after which I immediately extended the invite to blog with us this year. Brendan quickly agreed and not long after, we received Part 1 of his guest blog series. It was a terrific read bringing us all up to speed on his background in England, his strong family roots within the game and his outlook at the year ahead.

Today we are happy to bring you the second chapter of the blog written by Brendan Perlini. That comes after the jump.

I also wanted to direct you to a NHL.com Perlini story written by my friend Aaron Vickers and another from The Hockey Writers, both coming out today.


Hey guys, this is Brendan Perlini writing my second blog.

A lot has happened throughout the first half of the season for my team the Niagara Ice Dogs, and for myself individually. For this year being a “rebuild” for the upcoming seasons we have shown that you do not have to have the biggest or most talented players, but the guys who work and compete the hardest every night are the ones who usually end up winning. This has been an important lesson that we have learned as a team and continue to build off it in our upcoming games.

The 2013-2014 season started on a three game road trip to Kingston, Belleville and Ottawa. The road trips we have here in Niagara are not like those of former Pipeline Show blogger Curtis Lazar where they are traveling to Manitoba or British Columbia which are quite a ways away; this was one of our longer trips and it was probably only four or five hours.

I think it was good for our team to start on the road and develop some camaraderie on and off the ice.  We got off to a slow start as a team losing a few tight games, but there were some positives we could take from them and learned that we could play with any team in the league. Personally I got off to a great start so I was looking to build off that, in an important year for myself.

The first half of the season was a roller coaster ride for our team, moving up and down the standings constantly. We had good performances like beating the reigning OHL champions the London Knights 4-1 and then some setbacks like losing 6-0 to Erie.

We are fortunate to play in a great city like St. Catherine’s where there are a lot of things to do on any given night. We have a great group of guys that usually get together once a week to go out to a movie, or go to the pool hall, or do some activity together to take our minds off of hockey and relax. I think when I’m looking back on my junior days I will cherish these moments, and the friendships that I have made on this team. 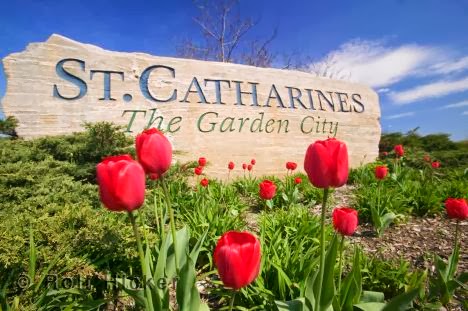 Another good thing about the city is we are 25 minutes away from the Buffalo border, so every now and then we will head over and catch an NHL game. My Billet Chris Cookson, who was a gold medal World Championship rower with team Canada, is a die hard Boston Bruins fan so when they are in town he will bring me as well as the rest of the family (Tracy, Tanner, Matt) to the game so I am pretty lucky to have that. I was fortunate enough to get great billets in which I now look at like a second family.

Throughout the first half we as a team have gone through some changes. As in any sport there are always people who come and go. We had had to say goodbye to a few good friends, which is always tough, but it definitely helps that we have added players like Billy Jenkins (1994 forward) and Eric Ming (93 forward Overage). Players who have been in the league a while and know the in’s and out’s can be very helpful to such a young team like us in the dressing room and on the ice. I have been taught that it doesn’t matter how talented someone is, you can learn something from anyone and make yourself better.

Once the first half drew close to an end, we had one more game in London against the Knights. I’m not sure how many of you have ever been to the Budweiser Gardens where they play but it’s always something to get amped up for. The arena is very fun to play in.  The atmosphere is one of the best in the league. They have roughly 11,000 fans, and it gets LOUD.

The guys were ready to go for this one, and certainly London was looking for revenge after we had beaten them in our building. Little did we know it turned out to be one of the best and most exciting games we have had up to that point, scoring back and forth with them. Just when we thought we had them in the 3rd period scoring late on the PP, with 2 minutes left they come streaking down and tie it up at 5-5. But once again we get a late chance after one of our guys draws a penalty to go on the power play with only 1 minuet left.

As soon as the puck dropped I was on the left side of the wall and race right in trying to get the puck, as soon as I did I felt something come up and hit me right in the mouth and of course, the ordinary reaction is then to put your hand on your mouth, in doing so London got assessed a minor high sticking penalty which put us to a 5-3 power play with about 50 seconds left. My mouth was hurting but thankfully I didn’t loose any teeth, so there was no way I wasn’t going to finish this game.

We lined up and after probably 10 seconds of scramble in front of their net the puck had come to me just at the right time, and just like earlier in the game where I had scored I turned and raised the puck right over the goalie's shoulder to take the lead 6-5 with 30 seconds left. We then ran out the clock and had won the game with the final 6-5 Icedogs.

(Note: Here are highlight's of Brendan two goals from that game):

That game gave us a huge confidence boost, it was the first time since the Icedogs organization moved to Niagara, that the team had ever swept London in the season series.

It was now Christmas break and for me that meant five days off to return back home to Detroit and spend the holidays with my family. It is always great to get home and see my parents but also my brother as he plays for Toledo and its not to often we see each other apart from on Face time.

During the Christmas holidays we usually get to do things together as a family and obviously being a hockey player we thought it would be great to go watch the Detroit Red Wings play vs. the New York Islanders.

It was only fitting that my friend and former teammate Ryan Strome (above) had gotten called up from the AHL to the Islanders so I texted him and told him we were coming to watch. It’s obviously a thrill every time you get to see a live NHL game but this time it seemed a bit weird as only last year I was playing with Stromer and now he is at the highest level of hockey there is. After the game finished I went down and talked with him and a few other teammates he had standing beside him and was good catching up and getting a little taste of what it was like to be a National Hockey League player.

I felt like I learned a lot over the first half of the season. I think I grew as a player and a person. I’m looking forward to a productive second half helping the team get to the playoffs and prove that we can be a winning team.

Thank you for reading, if you have any questions or any requests for my next blog you can find me on twitter @Bubzp11.

Brendan Perlini is a top ranked player for the 2014 NHL Draft. NHL Central Scouting has him slotted 8th in N.A. (midterm), TSN's Bob McKenzie pegs him at 8th overall (January), TSN's Craig Button has him 5th overall on his popular 'Craig's List'. Perlini is listed at 6'3 and 205 lbs.