What a fantastic way to start your day - not only did we have terrific guests today but we had major breaking news occur during our broadcast and our listener auction produced almost $3000 for charity!

Congratulations and a huge "Thank You!" to the Owner(s) of O2's Taphouse & Grill who coughed up the high bid on the day, a cool $2800. For that they picked up the trip to Jasper, the Moosehead prize pack and the autographed Ryan Nugent-Hopkins Red Deer Rebels jersey.

If you were one of the many who were in on the fierce bidding war, don't worry; We're doing it again on Tuesday and next Saturday with a signed Mark Pysyk Edmonton Oil Kings jersey followed by a Buffalo Sabres sweater autographed by local product Tyler Ennis! 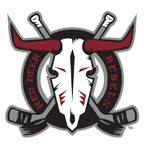 As for the guest list... Cam Moon of the Red Deer Rebels joined us to discuss the 10th Anniversary celebrations going on this weekend in Red Deer. What are they celebrating? Why the 2001 Memorial Cup win of course! Mooner talked about that team, how the players have (or haven't) changed over the years and relived the memories of that franchise's biggest moment to date.

Mike Farwell, analyst covering the Kitchener Rangers, gave us the off-season rundown on the OHL club. Has Gabriel Landeskog really played his last game in the OHL? What can Oiler fans expect from German Tobias (Tobi) Rieder? Is netminder Chris Gibson on the radar for the Rangers or is he expected to land with the Michigan Wolverines? It was an informative segment for sure.

Dean and I discussed a variety of things in the third segment including the one-sided war of words between L.A. Kings GM Dean Lombardi and the Edmonton Oilers. We also touched base on the potential NCAA Conference restructuring.

At the top of our second hour we spoke with Julie Robenhymer from Hockey Buzz. Julie was at Philadelphia Flyers prospect camp this past week so let us know how Brayden Schenn, Jakub Voracek and Sean Couturier looked and also gave us a training camp darkhorse to think about. Then the breaking news: 6 NCAA clubs announced that they would form their own breakaway conference (North Dakota, Denver, Miami, Colorado College, Duluth and Nebraska-Omaha). Julie weighed in with her thoughts and we discussed the pros and cons for the teams left behind.

Then we played some audio from Oilers camp that we collected in recent days. Colten Teubert, Anton Lander and Dillon Simpson all discussed the session and looked ahead to the coming campaign.

Finally, Kevin Karius from Global Sports here in Edmonton joined us as we all talked about the situation between the Kings and the Oilers over the botched Ryan Smyth trade. Are Lombardi's accusations with or without merit? What is or should the NHL be doing about it? What are the likely outcomes? We touched on it all.

If you missed any of this week's loaded show, check out our media archive HERE.

Don't forget to tune in on Tuesday night when we'll auction off another trip to Jasper, a Moosehead prize pack and a signed jersey of a future NHLer in Mark Pysyk.
Posted by Guy Flaming @ 3:02 PM