Today we talked to a pair of WHL play-by-play guys from opposite ends of the league standings, chatted with one of our go-to NCAA contacts to recap a college night in the CCHA Bizarro World, our 2011 Prospect comes from the BCHL and of course we welcomed our weekly NHL Insider back as well. 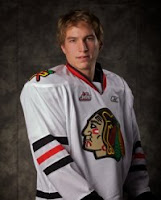 Each of our guests on the weekend show join us via the Saturday morning Samuel Adams Hotline. First up on this morning was Andy Kemper; Voice of the red hot Portland Winterhawks. They've won 7 straight and recently got Nino Niederreiter back from the New York Islanders. We also talked abotu the other Swiss star on the team, 2011 eligible Sven Bartschi.

Next up was Paula Weston of USCHO.com fame. On the morning after there were arguably 5 CCHA upsets, we talked to Paula about Alaska's quick start with Cody Kunyk, and Miami's surprising loss to Ferris State. Carter Camper's free agent status and torrid scoring pace were also covered. 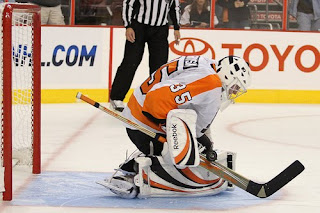 Daren Millard-Rogers Sportsnet, TPS NHL insider, came on and we asked him about John Carlson and P.K. Subban - Will a D-man repeat as Calder winner? If not, might a goalie like Sergei Bobrovsky or Micahl Neuvirth be in the early running? Are the Leafs thinking of bringing up Nazem Kadri to inject some offence? Can Oiler fans think of Jordan Eberle as their version of Philly's Claude Giroux?

Corey Graham, the voice of the Edmonton Oil Kings broke down the big loss in Prince George last night plus the acquisition of Jon Groenheyde.

Sam Mellor was our 2011 Prospect this weekend. He's suiting up for Canada at the World Junior A Challenge right now but he's also a leading scorer with Trail in the BCHL.