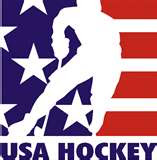 Today we take a look at 5 players to watch for on Team USA at the upcoming World Junior Hockey Championship.

The United States Captain has been lights out with Vancouver the past 2 years in the WHL. He notched 18 goals last year and already has 14 this season. A stand up guy off the ice, Blum was a great choice as captain but a surprising one seeing as he plays in the CHL. However counting Blum there are 8 kids who play north of the border. Blum is the only non NCAA blueliner for the stars and stripes but the highest scoring CHL player on the roster with 44 points in 28 games in Vancouver. 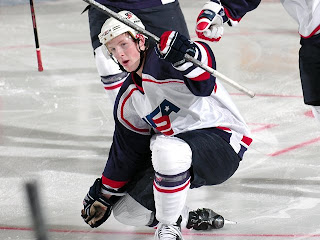 The only USHL player selected, it's not known how much ice time Kristo will get, but was great at the World Junior A Challenge this past November in Camrose. The Omaha Lancer notched 3 goals and 4 assists for team USA, with 2 of his goals coming on the power play. The Montreal Canadiens 2nd round draft pick from 2008 is a point per game player in the USHL where he's more of a passer with 16 of his 23 points coming from helpers.

The only 2009 draft eligible player for team USA, Schroeder is no bit player. He was a member of last year's team, and will skate on the club's top line with Colin Wilson and James Van Riemsdyk. Last year he notched 8 points in 6 games, 7 of them assists. So far this season the 5'9" 175 pound Minnesota Golden Gopher has 21 points n 16 games as a freshman. Schroeder wants to up his stock for the 2009 draft and will use the WJC as a springboard.

Bowman who plays for Spokane, didn't make last year's team despite a season where he went on to snipe 42 goals and end up with 82 points in just 66 games. This year he's actually on pace to put up less points, but being an older player got the nod from his home country. He could end up on an all WHL line with Spokane teammate Mitch Wahl and Seattle Thunderbird forward Jim O'Brien, who will be playing on the ice he hopes to skate on in a few years, as Ottawa drafted him 29th overall in 2007. 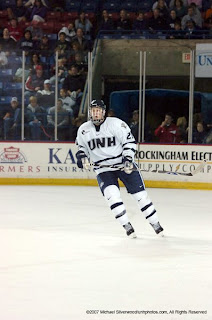 This will be the 3rd, and likely last WJC tournament for the 2nd overall pick of Philadelphia in 2007. It should also be his most dominant. Van Riemsdyk has great size and soft hands, and has pretty good stats in his one and a half years with New Hampshire (60 points in 48 games so far) As mentioned above he'll skate with Colin Wilson and Jordan Schroeder. Wilson will clear out bodies and drive to the net, while Schroeder will play set up man and for the Americans sake, hopefully Van Riemsdyk will fill the net.
Posted by Dean Millard @ 4:15 PM