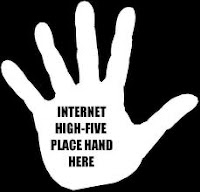 If you were listening to the program last night then you have already heard the big news but... The Pipeline Show can now be heard twice every week.

The TEAM 1260 approached us and asked if we would consider taking on more air time and after several weeks of discussion and weighing different scenarios, TPS has laid claim to Saturday mornings from 9-11 (Edmonton time) starting this weekend.


And before you ask, no it will not simply be a repeat of the Tuesday show - this will be another live, 2-hour edition of TPS.

Saturday morning will be a lot of fun because, as you know, every league that we care about on our program... those leagues all play Friday night. There will be plenty to talk about the morning after those games plus it's another major game day so it will be setting up the matches for the rest of the weekend as well.

One big factor for us was the ability to stay more current with our topics. Being on one day a week was good but when news broke out the day or two after we were on, we largely couldn't tackle some of those topics in as timely a manner as we would have liked. Now, we'll be able to be much more on top of the major stories and that will make for better radio.

Plus, we teased it all week with our Season 5 cliffhanger ending but we were joined by the player we have declared to be our prediction for 1st overall at the 2011 NHL Draft.

If you missed the big Season 6 premiére, complete with new intro, you can hit the archive and catch up.

One quick business note: Another two hours means more opportunities for new sponsors... if you're in that position and have an interest in being one of our corporate partners, feel free to contact me by email (guy@thepipelineshow.com) and we can discuss the variety of options and benefits open to all of our sponsors.

Dean and I are very excited about the expansion of the show. To everyone who emailed or Twittered (Tweeted?) messages of congratulations to us after the announcement, we appreciate the kind words and we'll talk to you this Saturday!
Posted by Guy Flaming @ 8:46 AM

Mark-Ryan... I like you in a casual way and think you have a great personality.

but like Guy said, can we just be friends?

Best of luck guys with the expanded show. This should be a fun year and lots to listen to.

At least I got two helpings of TPS to keep me company.

Awesome show guys keep it up. I will definitely be listening on Saturday mornings while trying to cure my friday night hangover. Haha

Congrats guys!! definitely well deserved, you two have done great work. I've only just started following prospects about 2 years ago and a lot of it is because of your work.

I love you guys too, in a hockey kind of way :-)
signed
a female fan

We really appreciate the comments everybody, it's always nice to hear feedback and the positive kind it a nice bonus.

Thanks for listening to the show and letting us know.